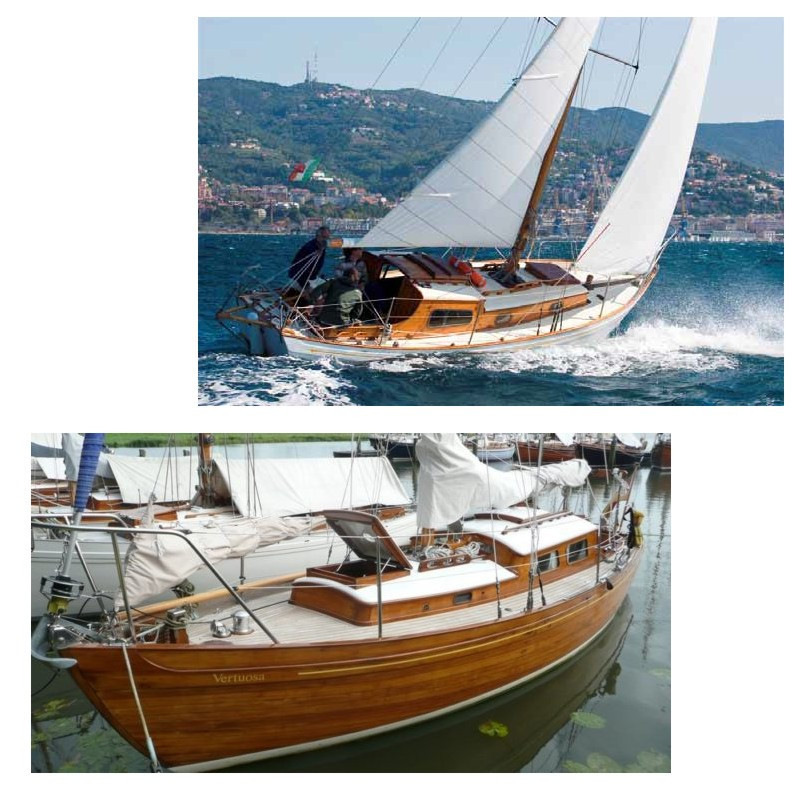 The early history of Vertue II was chequered; in 1977 Rossiter Yachts of Christchurch England had masterfully outfitted the second hull. She was named Sallie after her owner’s wife. The mould tools remained at Seaglass Ltd, by then a subsidiary of Westerly Marine Construction who was, at the time one of the most prolific European production yacht builders.

The next three boats were built entirely by Westerly Marine Construction. It was perhaps a peculiar change in style for them as up till then, they had specialised in lighter fin keel and twin keel yachts, many of which were conceived in the Giles’ drawing office. Sparrow, hull VII no 3 was Westerly built and engineless, owned by David Hayes, an American, she was the first Vertue II to round Cape Horn.

The hull tools, owned by Mike Else who had financed the original project, remained at Rossiters Christchurch yard until in 1984 after some deliberation the contract to build new Vertue (Mk II’s) was given to Bossoms Boatyard in Oxford – better known for their exquisite river launches and electric boats.

Thirty five Vertue II Mk II’s were constructed after 1984, mostly finished by Bossoms and marketed by the Laurent Giles brokerage, but a small number were sold directly by the moulders and finished by their owners. Unfortunately as far as we are aware Bossoms ceased building the yachts in the late 1990’s and the hull and deck tools are no longer in existence.